Costco is an American membership-only warehouse club chain headquartered out of Issaquah, Washington. They have over 780 locations throughout the United States, Canada, Mexico, United Kingdom, Japan, South Korea, and several other countries.

Costco offers two types of membership for both personal and business usage. In order to shop in-store and online with Costco, you'll need a Costco Membership. The membership options are:

Gold Star Membership is Costco's lowest membership which will cost you $60 per year. With this membership you and one other in your household will be able to shop online and in-store with Costco.

Executive Membership costs $120 per year and offers the benefits of Gold Star membership along with:

As with Gold Star, you will receive 2 Membership cards in which one is for yourself and the other for another member in the household.

Business Membership costs $60 per year and grants the ability to shop online and in-store at Costco as well as:

Business Executive Membership costs $120 per year and offers the benefits of Business Membership along with:

Costco offers both a personal and business Visa credit card through Citi that earns cash back. These cards will earn you 2% cash back when spending at Costco. If you have Costco Executive Membership, this will be in addition to the 2% you would already earn meaning that you can earn up to 4% cash back at Costco using Costco's Visa credit cards.

Along with the additional cash back with Costco, the card also offers a high return on gas station, restaurant, and travel purchases. If you don't mind your rewards being tied to Costco, Costco credit cards can be great for building up cash back.

Click on a card to calculate how much in cash rewards you can earn based on spend and to learn more about the card benefits. You'll also be able to compare results side by side top rewards credit cards.

The annual rewards certificate that you receive will be redeemable for cash or merchandise at U.S. Costco Warehouses.

As an Costo Executive member, you'll earn 2% in rewards on qualifying pre-tax purchases at Costco minus any refunds in-store and online with the ability to earn up to $1,000 during any 12-month period. This means you can earn rewards on up to $50,000 in rolling 12-month spend. Anything over $50,000 in spend during a 12-month period will earn you 0%.

As with most rewards programs, there are many exclusions when it comes to earning rewards. For Costco, you'll want to note that you will not earn rewards on the following purchases (pulled from terms & conditions):

It looks like a lot, but it really consists of the basics for most rewards programs. Purchases for groceries, travel, electronics, and many other categories still apply, so I wouldn't put too much worry in that list.

Don't forget that you can book travel through Costco as well!

Is Costco Executive Membership Worth It?

When you run the math, Costco Executive Membership is worth it if you spend more than $3,000 per year (or $250 per month) at Costco's.

Other benefits offered by the card should also be taken into consideration such as the additional discounts.

Use the Costco Cash Rewards Calculator to calculate how much cash back you can earn with Costco Executive Membership to see if it's worth it.

Enter how much you spend at Costco per month and the calculator will output how much you can earn in a 12-month rolling period.

Enter how much you spend per month to see how much cash back you can earn.
$

If you earn more than $60 in cash back per year based on the calculation above, the Executive membership is the better option.

Costco will mail you your cash back rewards in the form of a reward certificate approximately 3 months prior to your renewal date along with your annual renewal notice. You will receive your rewards as long as you've earned at least $1 as an Executive member.

These rewards can be used most merchandise through the front-end registers at Costco warehouses in the United States. Costco rewards certificates can not be used for:

The big thing to note here is that you cannot use these on Costco.com which is a bummer. This also cancels out the ability to use them on the Costco Travel section of the website.

Earn Cash Back On Costco Membership

If you don't have Costco membership, you can earn cash back when you use Rakuten Rewards to purchase your membership.

If you don't have a Rakuten Rewards account, you can sign up for a free account through The Point Calculator to earn even more bonus cash back on top of what they're offering for Costco Membership.

This is a great and easy way to offset the price of Costco Membership. If you're not using an online shopping portal when shopping online, you're leaving free money on the table!

What are Costco cash rewards?

This is the cash back you'll earn with Costco using either a Citi Costco credit card or with Costco Executive membership.

How many family members can be on a Costco card?

A total of two people can be on a Costco Membership. One primary member and one free household member who is over 18 and lives at the same address.

How do you obtain your rewards earned with the Citi Costco credit cards?

Cash back rewards earned with a Citi Costco card will be mailed out to you in the form of an annual reward certificate once your statement closes in February.

How do you obtain your rewards earned with Costco Executive membership?

Cash back rewards earned with Costco Executive membership is mailed to you in the form of an annual reward certificate around three months prior to your membership renewal date.

What are the benefits of Costco Executive membership?

Costco Executive membership allows you to earn 2% cash back on eligible purchases made in-store and online with Costco. It also grants extra benefits on certain Costco services.

Is Costco Executive membership worth it?

If you spend more than $3,000 per year at Costco (or $250 per month), Costco Executive membership will be worth it. Don't forget it also comes with other small perks that should be taken into consideration as well. 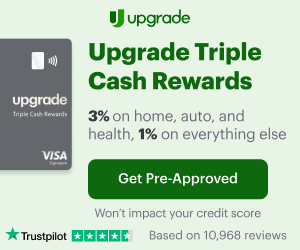